Chicago Restaurant Week, the annual promotion designed to lure customers to dining rooms and combat the city’s usual wintertime lull, is back with more than 300 participating establishments. As with most things in the hospitality industry, last year’s proceedings were rolled back due to the pandemic, but a number of major players are bringing big game to this year’s event, which runs from Friday, March 25 through Sunday, April 10.

When it comes to sifting through the contenders for the best deals, however, it seems that there may be too many major players — or, at least, that heavyweight groups like Boka and One Off Hospitality Group that can seemingly better afford the margins than independent restaurateurs. This trend is perhaps most apparent on the city’s west and south sides, areas that are house many excellent indie restaurants but have largely been ignored by restaurant groups.

Those neighborhoods are represented among participants with entrants like Virtue, chef Erick Williams’s Southern spot named on Eater’s nationwide list of 2019’s Best New Restaurants, and Afro-Caribbean upstart Cocoa Chili. But a few taps at a calculator show that their Restaurant Week patrons will only break even.

Though the event’s 2021 pandemic mitigations are gone (for the time being), a few tweaks from last year remain, including a slight price hike of $25 brunches and lunches and $39 or $55 dinners. Delivery and takeout are also still available at some participating restaurants, but diners would be wise to double-check before making plans.

Here are some of the best Restaurant Week options. They’re evaluated based on value overall and how deals measure up when compared to regular menus and one another. Diversity of cuisine and offerings for vegetarians are also taken into consideration.

A little sister to One Off Hospitality’s decorated Mediterranean restaurant in the West Loop, Avec River North opened in early 2021 as a replacement for shuttered California-style spot Pacific Standard Time. Despite the challenging circumstances of its birth, the offshoot restaurant seems to be thriving, and this year presents even better Restaurant Week deals than its popular sibling. The lunch menu ($25) includes three courses with options for vegetarians, but omnivores would be wise to opt for the butcher’s steak (fava beans, olives, charred escarole). Dinner ($55) features four courses, including its much-praised paella (roast chicken thigh, garlic sausage, mussels), which isn’t currently available on the regular menu, plus Basque cheesecake for dessert. Deals are exclusively available to indoor dine-in patrons.

Another frequent contender for some of the best Restaurant Week deals in town, Duck Duck Goat — the Chinese-American dining destination from Boka Restaurant Group and Top Chef champion Stephanie Izard (Girl & the Goat) in Fulton Market — is going all out this year with a $55 five-course dinner menu plus soft serve ice cream for dessert. Courses include short rib jiaozi, shrimp and pork shumai, beef and broccoli, and pork chow fun. Deals are exclusively available to indoor dine-in patrons.

A rare family-owned spot among the big restaurant groups that line Randolph Restaurant Row, La Josie this year offers deal-seekers some particularly tempting $25 brunch and lunch menus. Each include two courses plus dessert, and those in search for the biggest biggest bang for their buck should opt for the tamales de Mama Josie appetizer. The restaurant is also offering two dinner menus, at $39 and $55. The latter is an especially good value for those who order the tamales, mariscada (Spanish octopus), and carne en su jugo.

Eater Chicago 38 mainstay the Loyalist, the casual spot from celebrated chefs and spouses Karen and John Shields that’s downstairs from Michelin-starred Smyth, stands apart this Restaurant Week with a noteworthy discount that’s a can’t-miss for steak fans. The $39 dinner menu is true to form — decadent yet precise — with a streamlined lineup of a petite beef tartare, steak frites, topped off with earl grey and lavender creme brulee. Deals are exclusively available to indoor dine-in patrons.

Chef and partner Andrew Zimmerman has garnered a loyal following at Proxi, his neighborhood establishment that draws on flavors from around the world. Restaurant Week presents a prime opportunity for locals to join those adoring hoards with a $55 three-course dinner menu that also includes dessert — a $10 discount on its usual prix fixe menu. Choices are the name of the game here, with four options per course (some are served family-style). Highlights include shrimp toast (lemongrass, red chili), roasted carrots (berber spice butter, whipped tahini), and — for an additionl $20 — wood-grilled prime beef short rib ssam. Deals are exclusively available to indoor dine-in patrons.

Charming neighborhood restaurant Split-Rail, arguably best known for its fried chicken, is injecting some giddy fun into Restaurant Week proceedings with rival Red Lobster versus Olive Garden-inspired menus, each for $55. Chef Zoe Schor and her team are offering four courses per menu (each patron picks a side) plus dessert. Those who opt for the seafood chain spin can expect dishes like Maine lobster linguine and Ultimate Surf ‘n Turf (seared diver scallop, prime sirloin); patrons who err on the Italian-ish end will receive This Soup is Limited (chicken, gnocchi, spinach), chicken marsala, and more.

Sunda, River North’s splashy and celebrity-drawing Pan Asian restaurant from nightclub owner Billy Dec tends to be associated with special occasions, but its $55 Restaurant Week dinner menu is reason enough to celebrate, especially for sushi fans. This year, patrons can expect three courses, including a sushi round with a vegetarian option, and coconut cheesecake for dessert. There are crispy Brussels sprouts and oxtail pot stickers to start, plus entrees like chicken inasal (lemongrass, achiote glaze) and Hainanese salmon.

How Rasa is introducing a total new technology to Indian

Mon Mar 28 , 2022
When business enterprise partners Sahil Rahman and Rahul Vinod opened the 1st site of Washington, D.C.-centered rapidly-relaxed Indian restaurant Rasa in 2017, they had just one purpose: to honor the heritage of their fathers, who utilized to own classic Indian eating places alongside one another, although also shaking up the […] 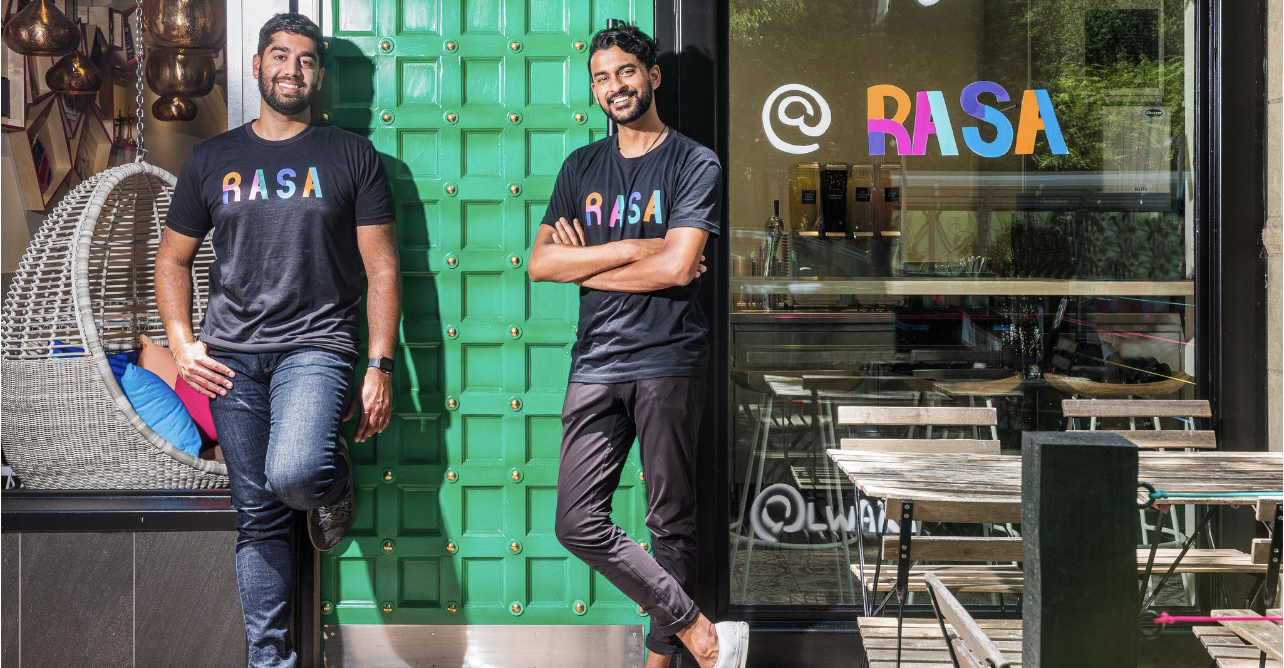